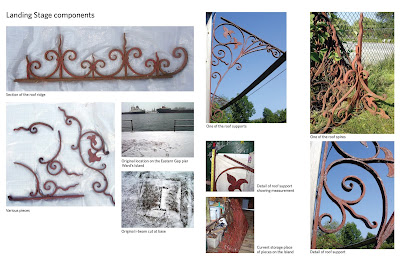 The Arythmics band, stilt dancers, flag waver and hooper extraordinaire paraded the guests from the Ward's Island ferry docks to Willow Square, celebrating the installation of the restored Victorian-style Landing Stage and the completion of the Willow Square project. Thanks to the ongoing support of many Islanders and friends the space has been transformed from a garbage transfer site and parking lot into a community hub. It took a village to create a Square! 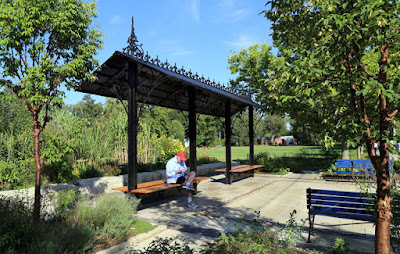 We invite you to share in the celebration of the installation of the Landing Stage
at Willow Square, Ward’s Island.

With the restoration of the Landing Stage and the completion of the gardens, benches
and a new sign, the development work is now complete.
Together we have accomplished much: It takes a village to create a Square!

We are very happy to announce the completion of the restoration and installation of the Victorian landing stage in Willow Square on Ward's Island. Thanks to the City of Toronto, Clifford Restoration, Stevens Burgess Architects and a lot of Islanders who never lost faith (although some of us ALMOST did), it was completed in time for the first snowfall of the season.
Photos by Jim Belisle 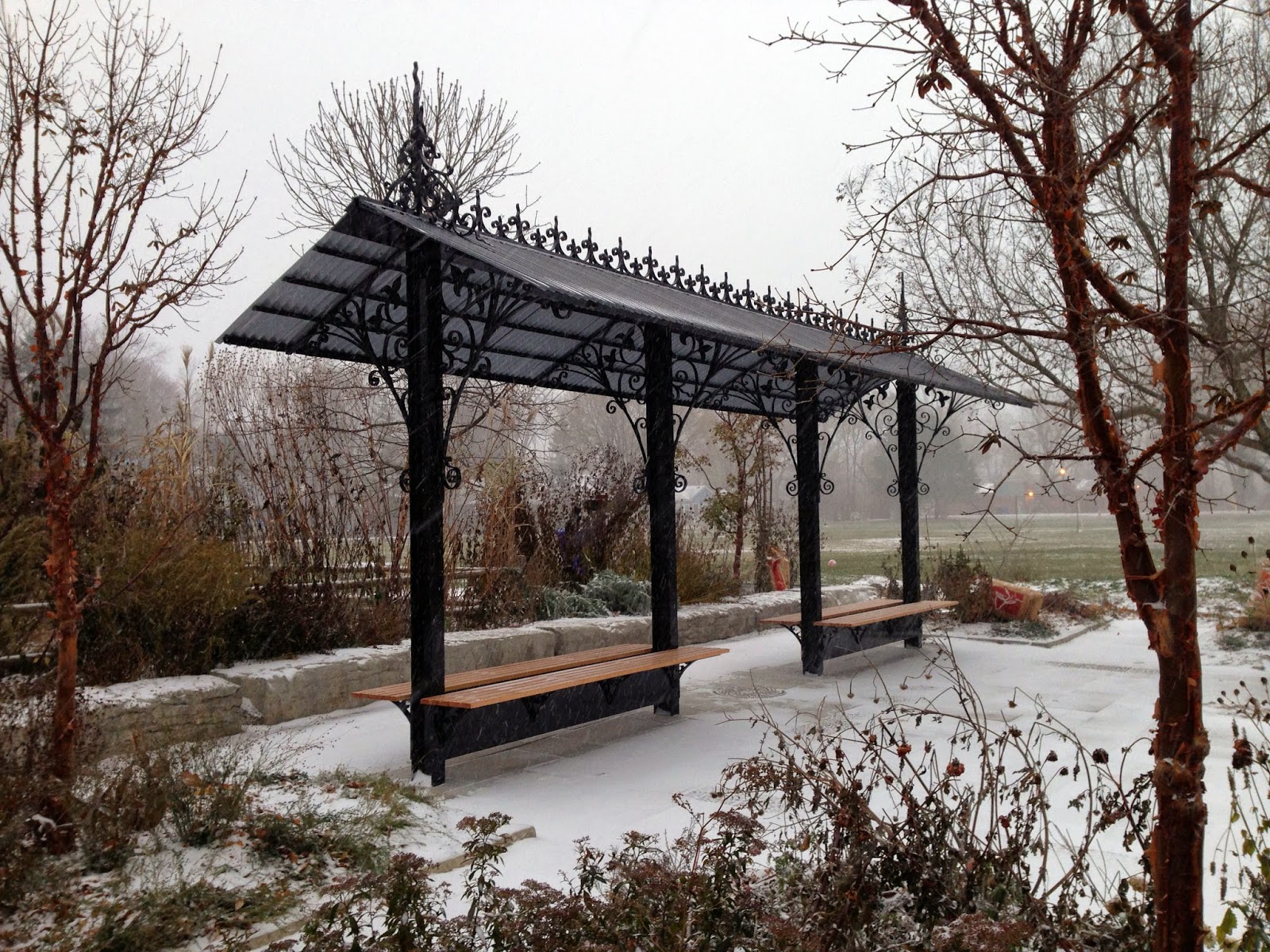 Except for a few pieces cast to match by the restoration team,
all the wrought iron is original from over 100 years ago 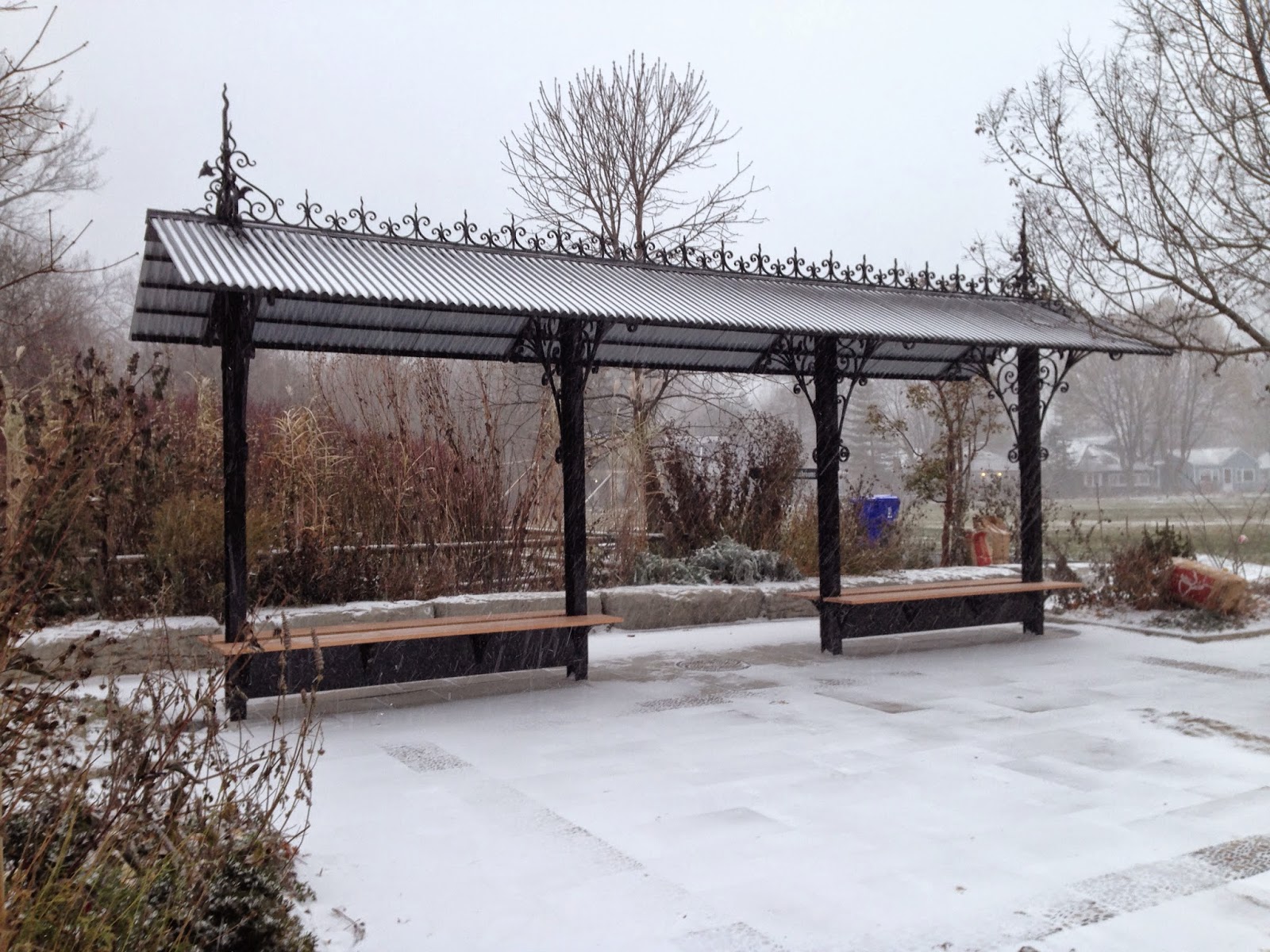 The wooden slat benches were incorporated with the restoration 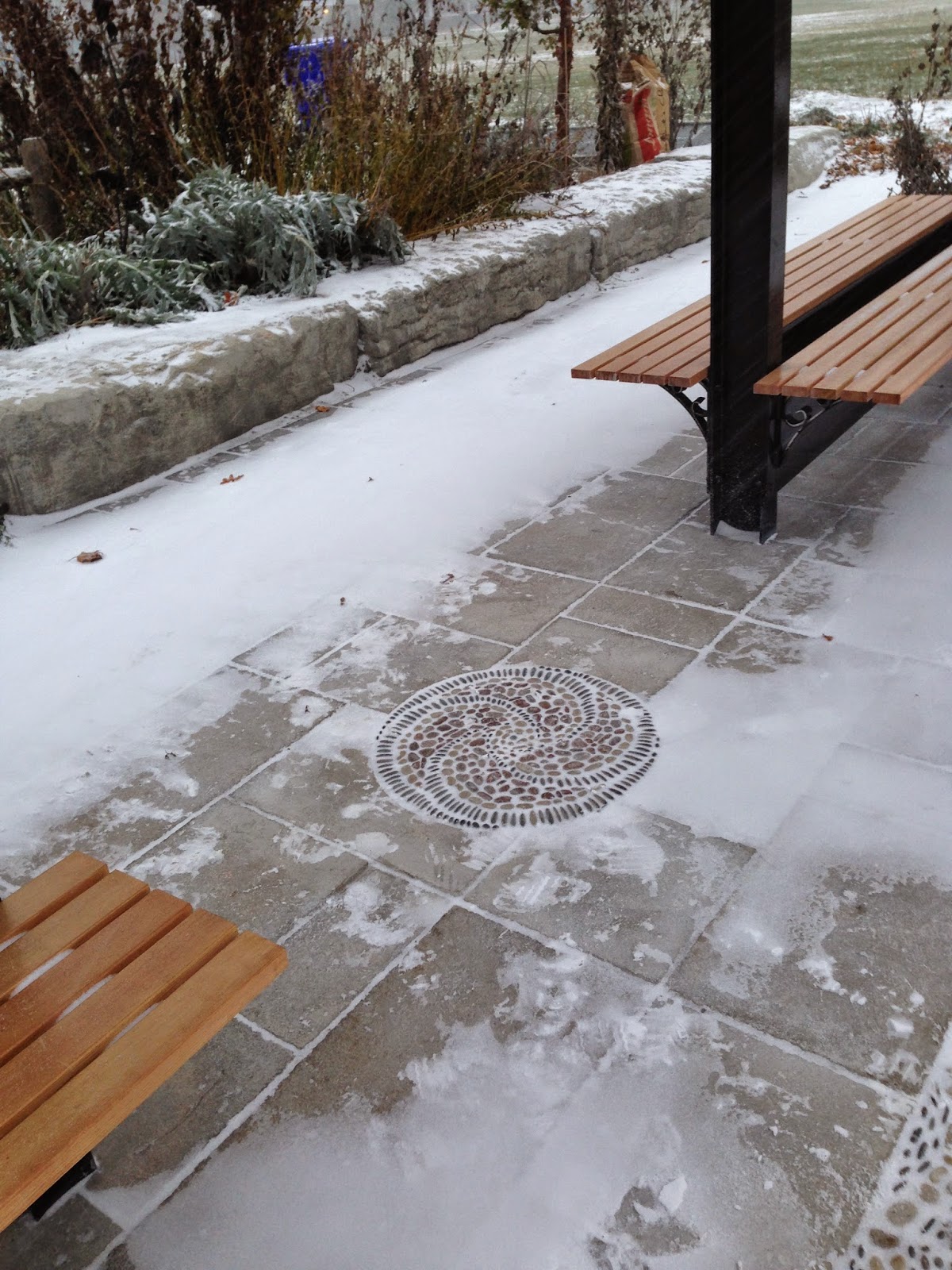 A new 2' diameter pebble mosaic has been added 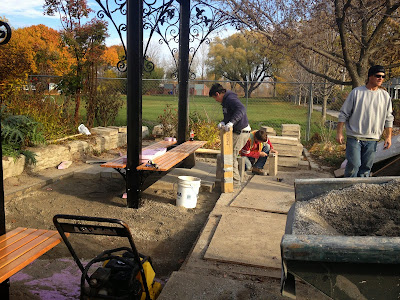 Allyson W got this shot yesterday of the new benches and the pavers going back in.
Still no roof yet.

Day 2 of the installation 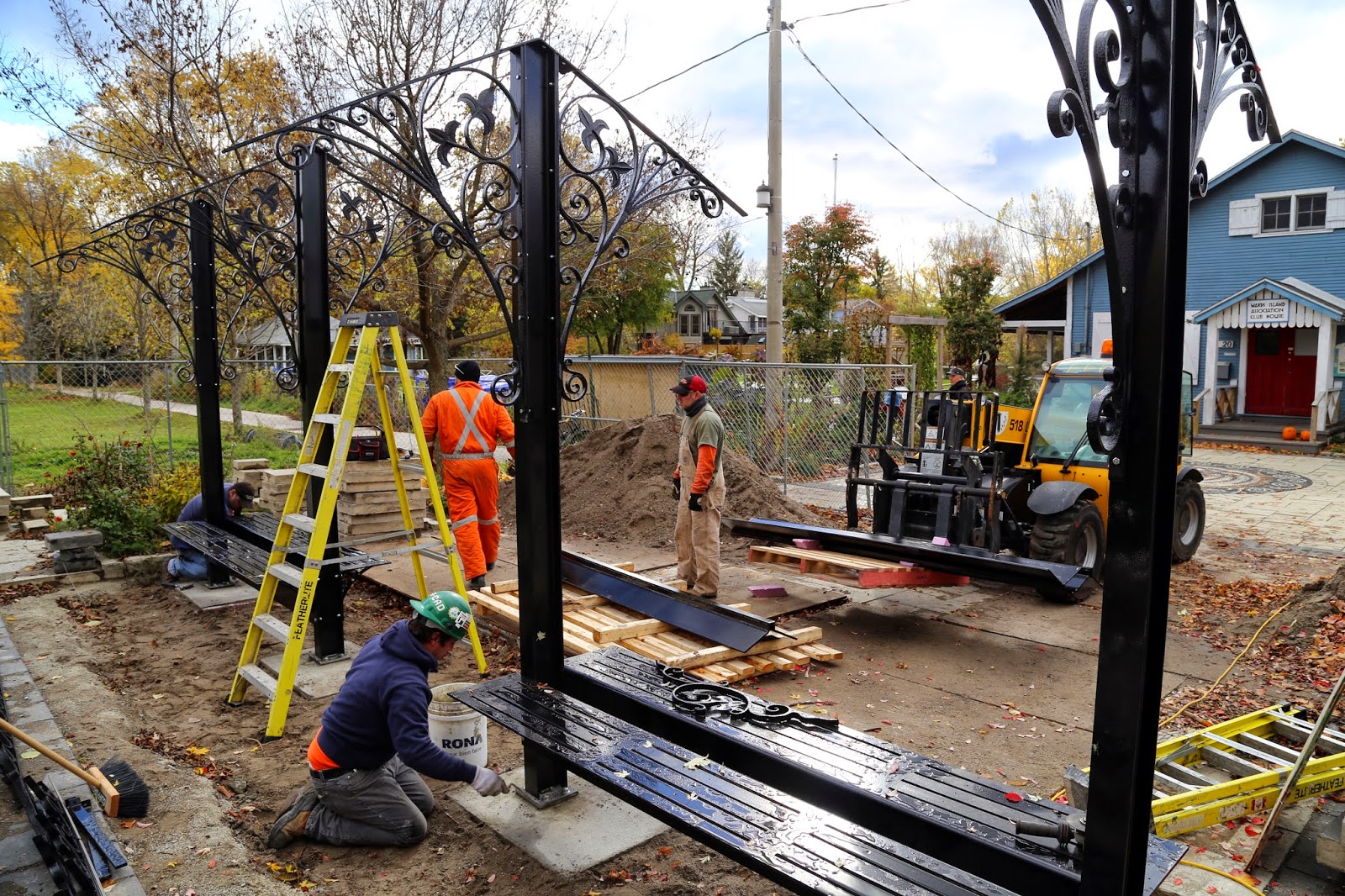 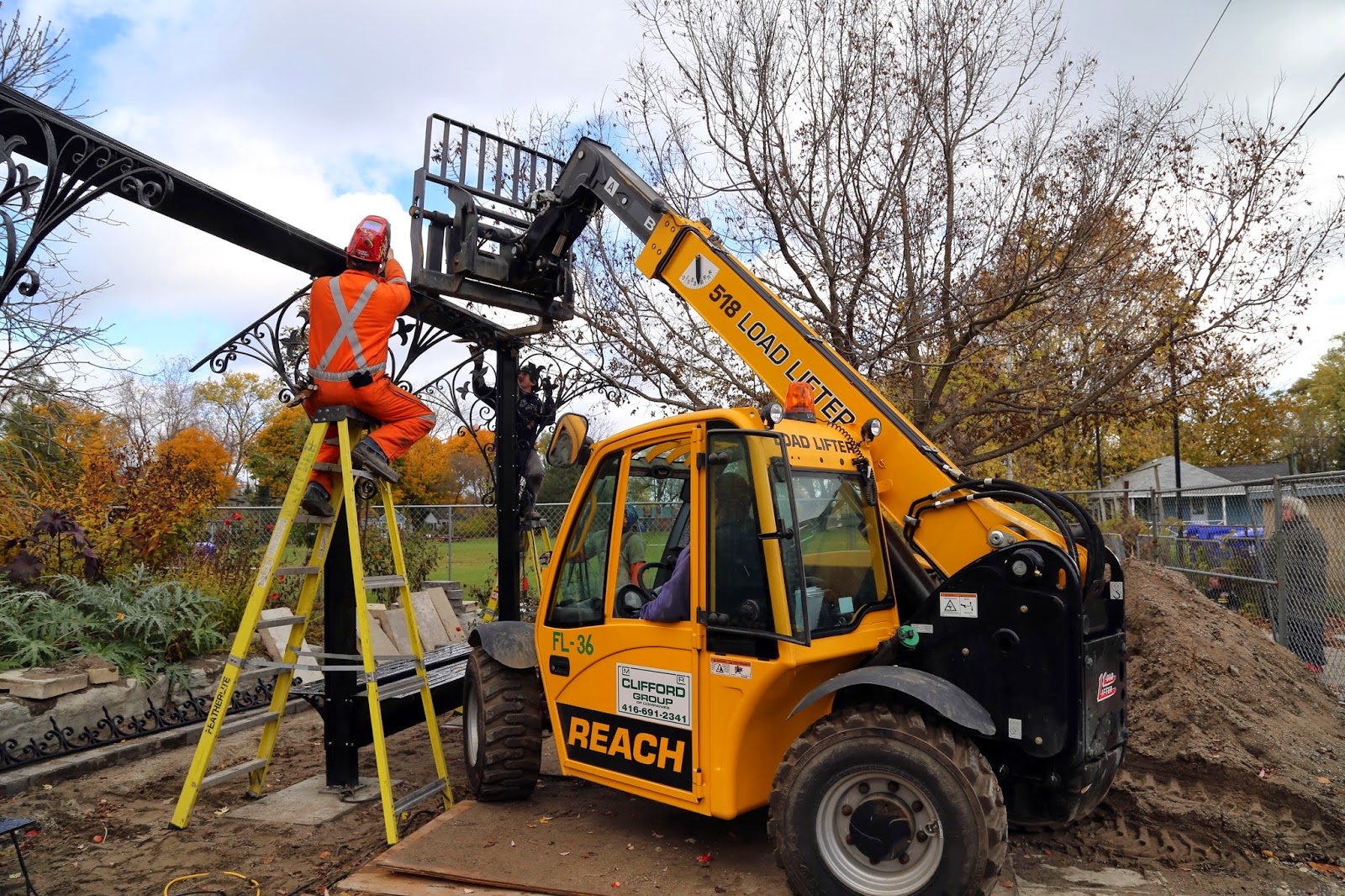 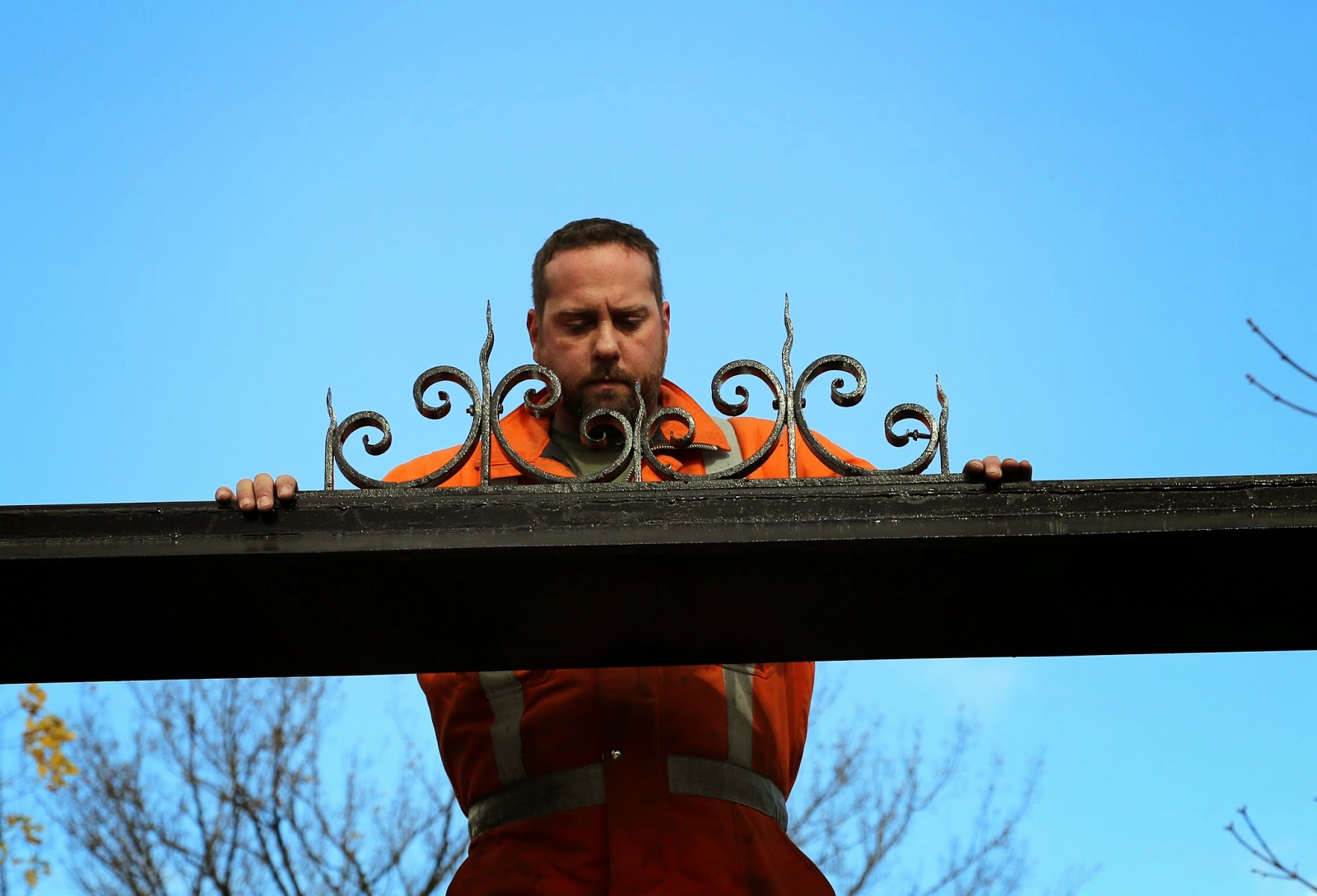 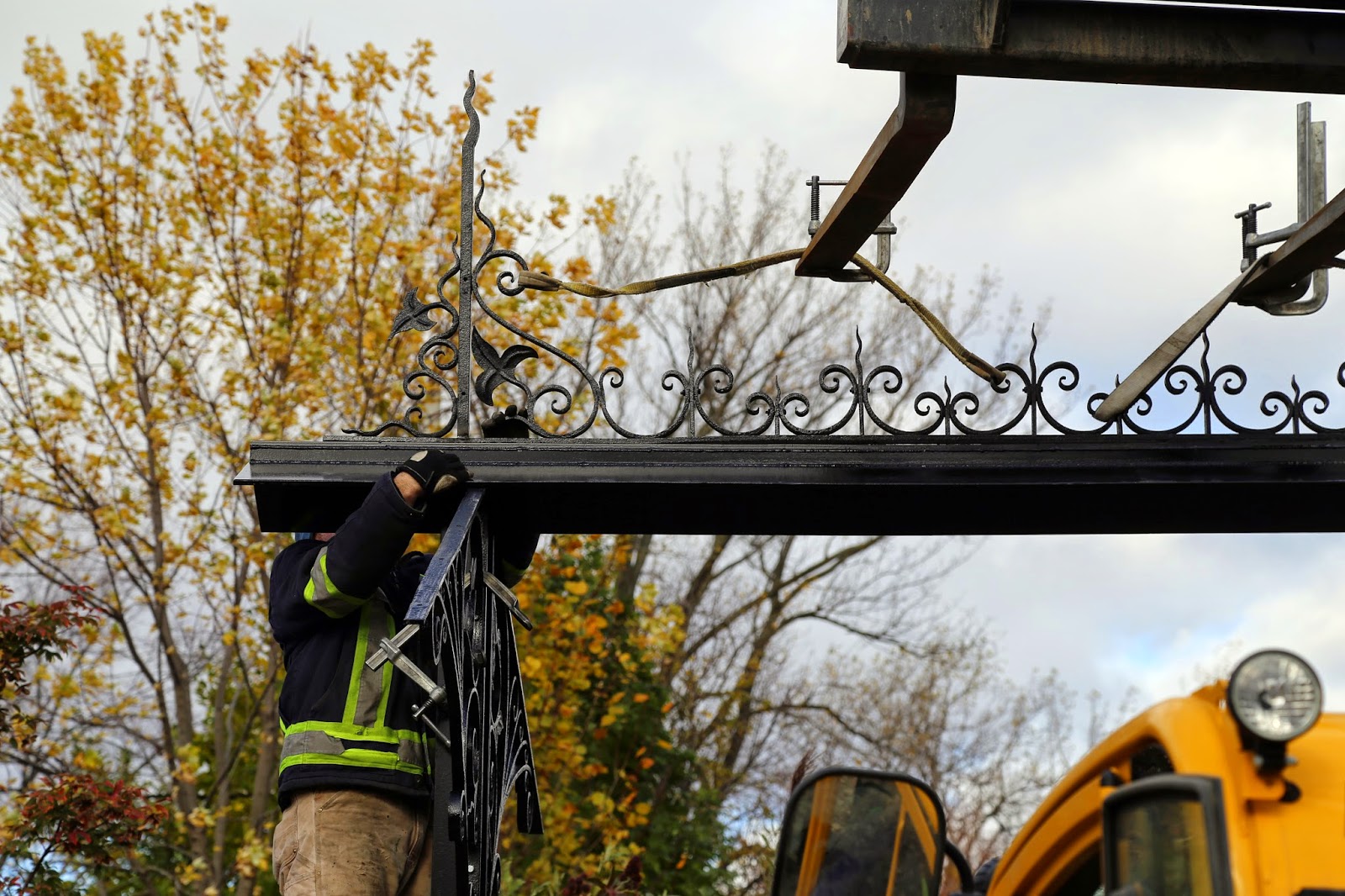 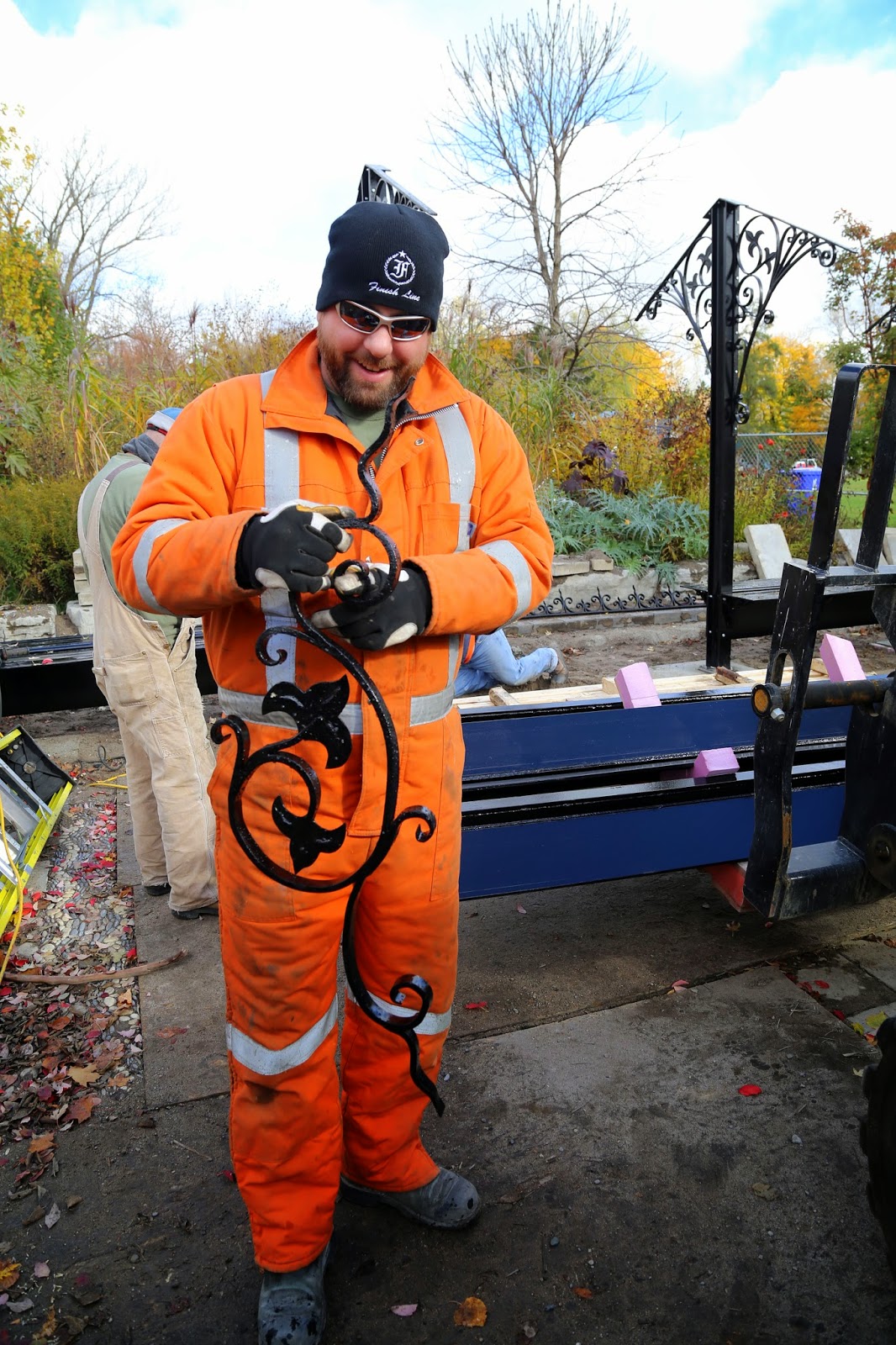 Jason reproduced the pieces that were missing, matching the existing ones perfectly 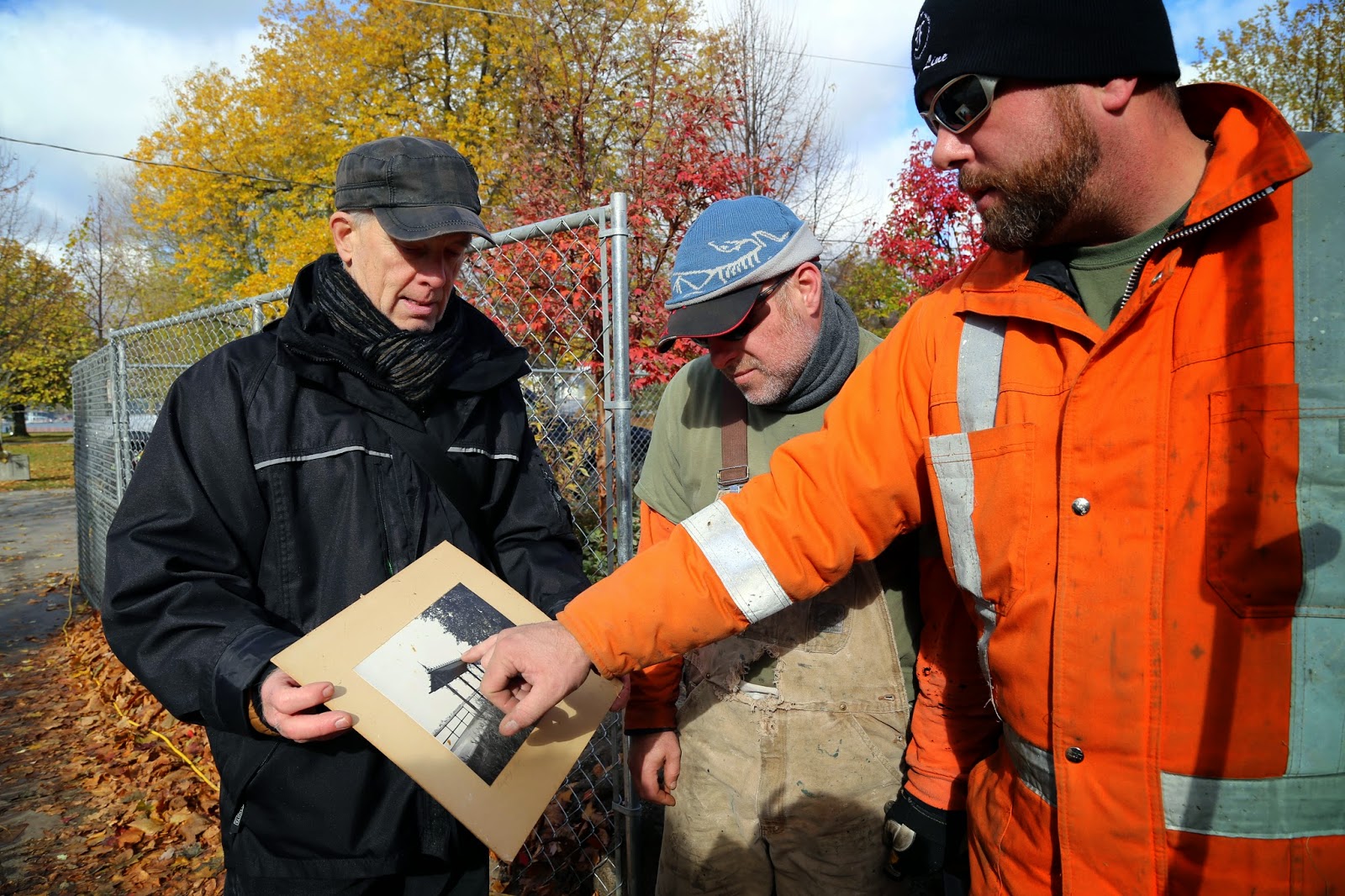 It's been a long wait between the pouring of the initial foundations, which were deemed insufficient for the task, the construction of the second foundations, and the raising of the structure of the Landing Stage. It is now going up, and a beautiful thing it is. 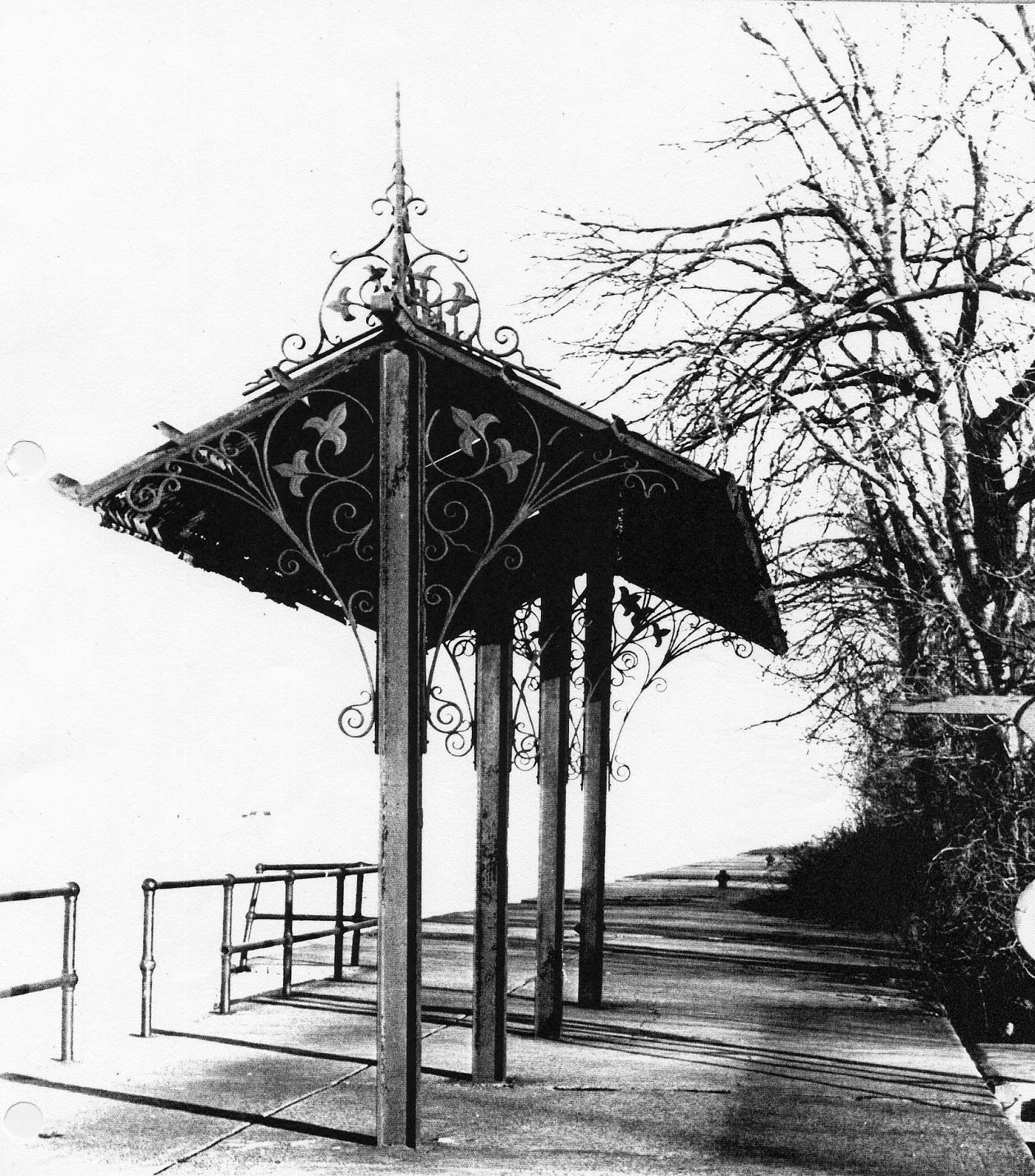 The Landing Stage in its original position at the Eastern Gap, Ward's Island 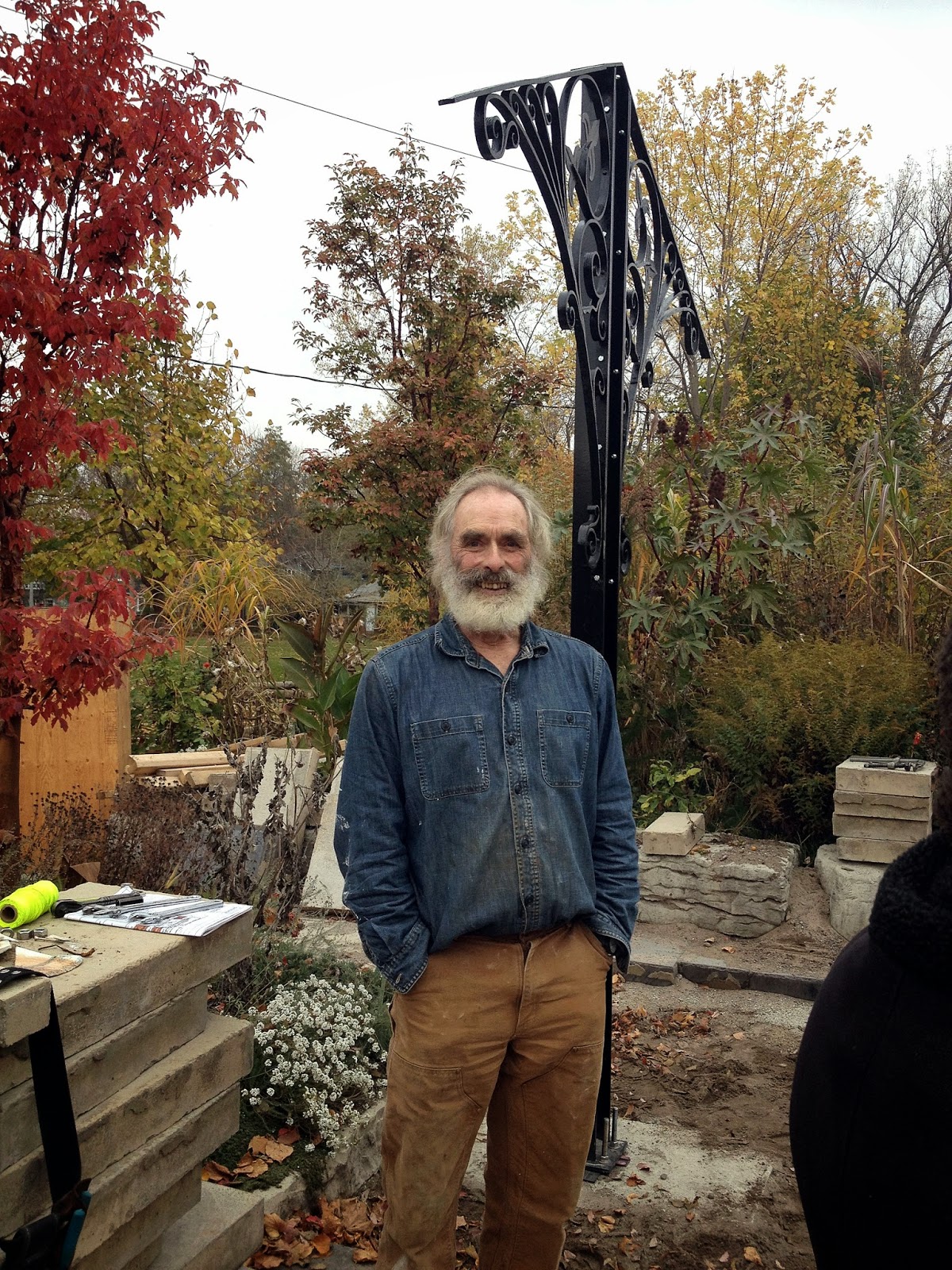 Bruce Smith, the man who found the pieces, and had the plan 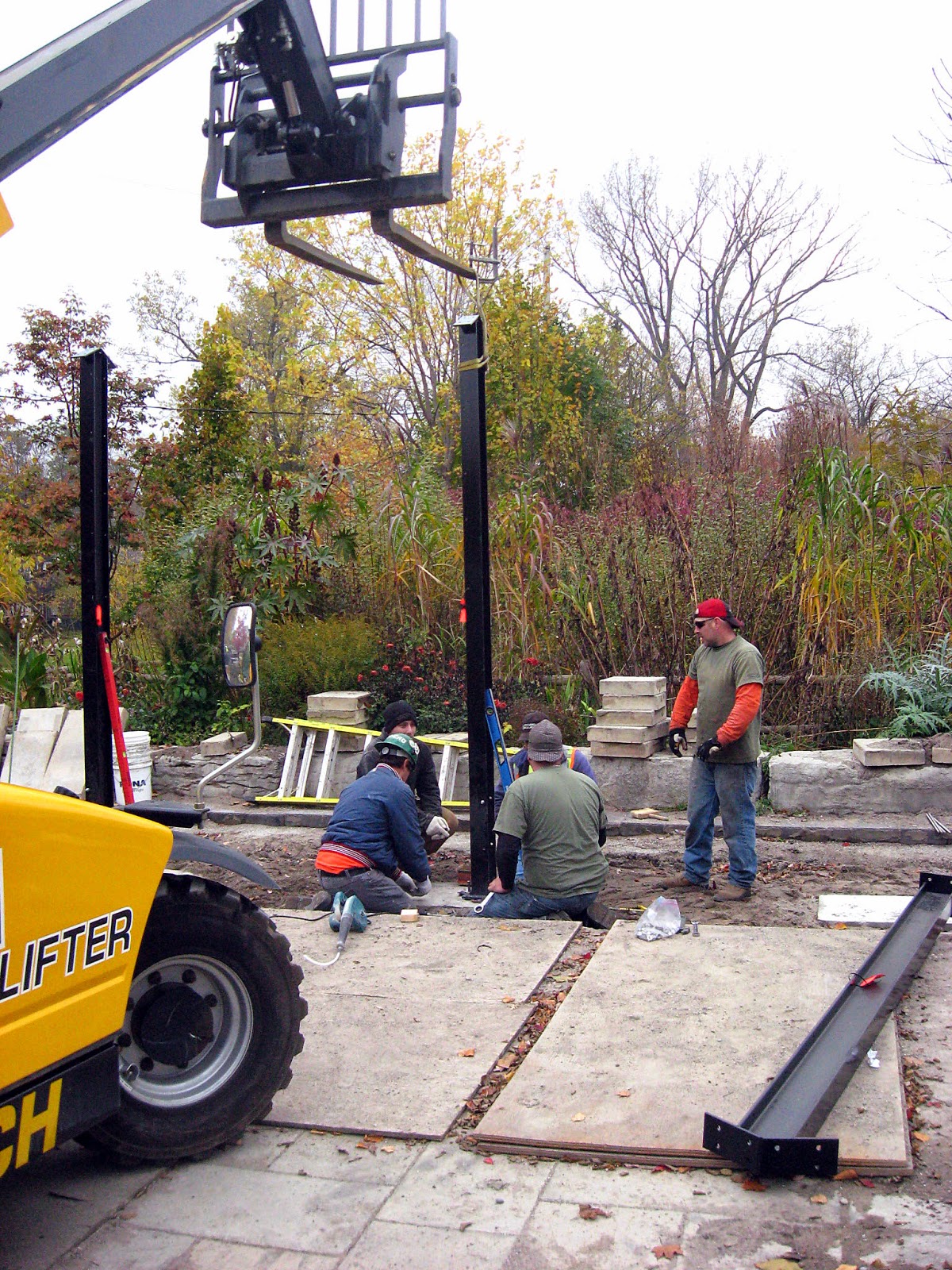 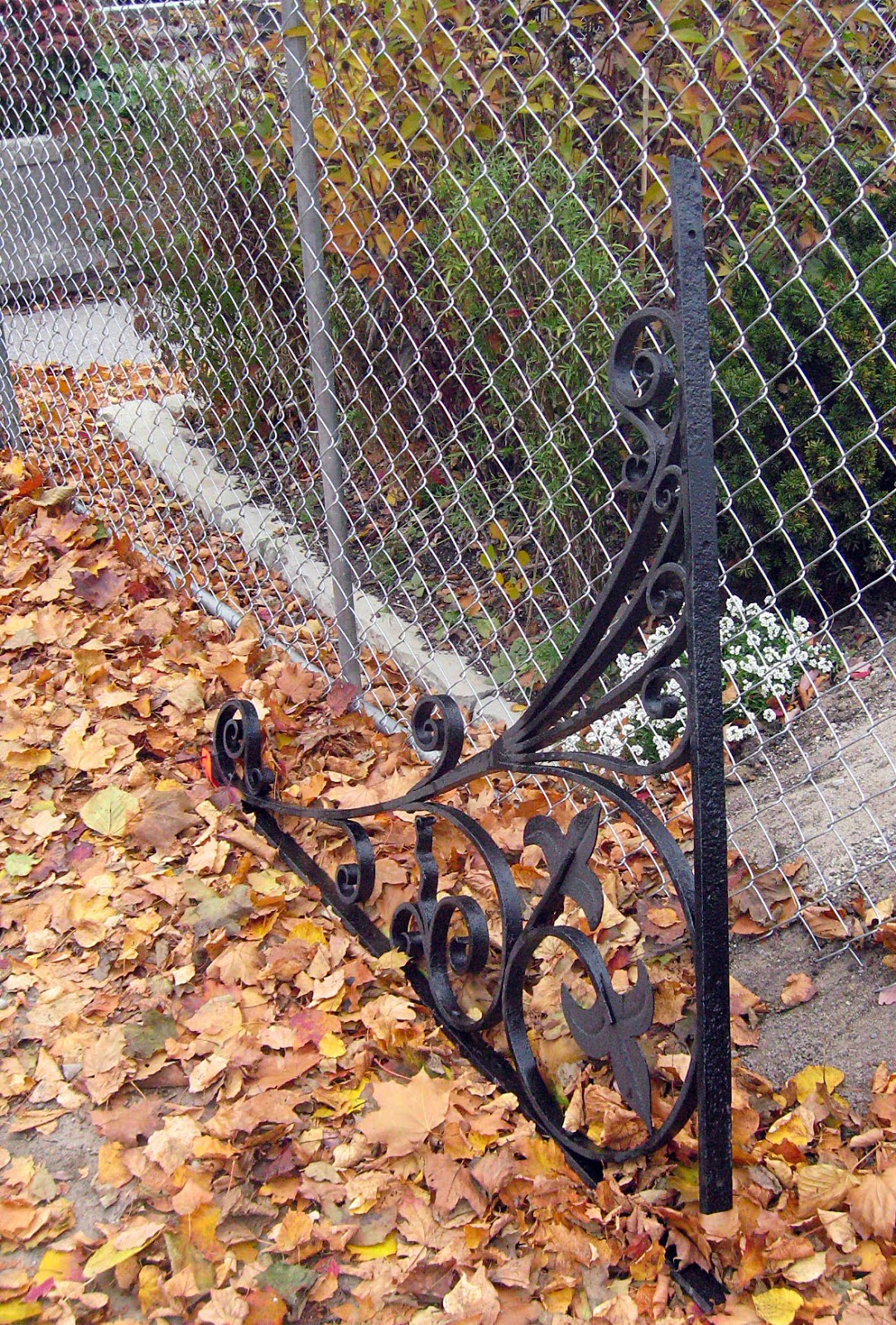 Detail of one of the refurbished roof supports 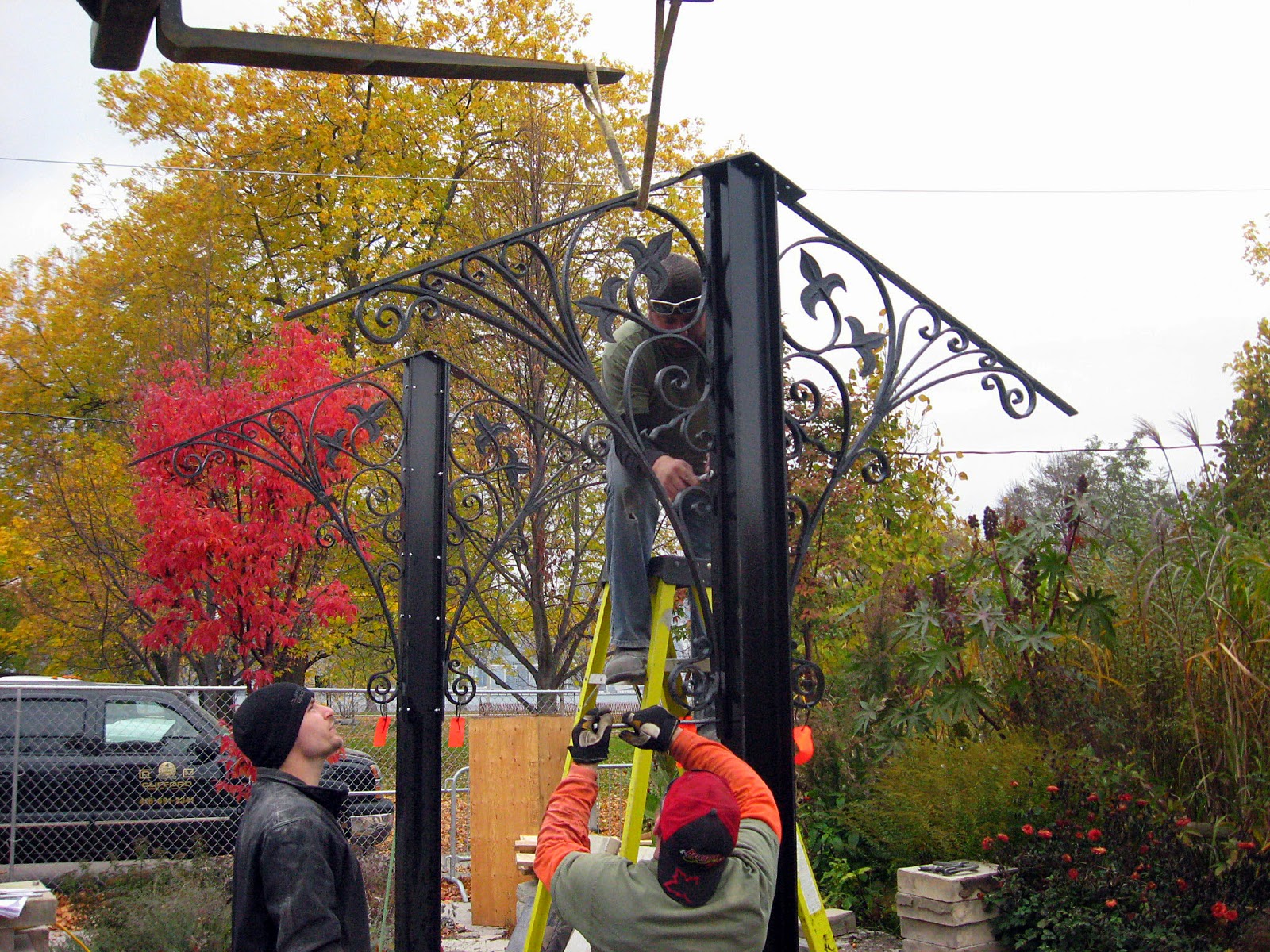 The roof supports going on 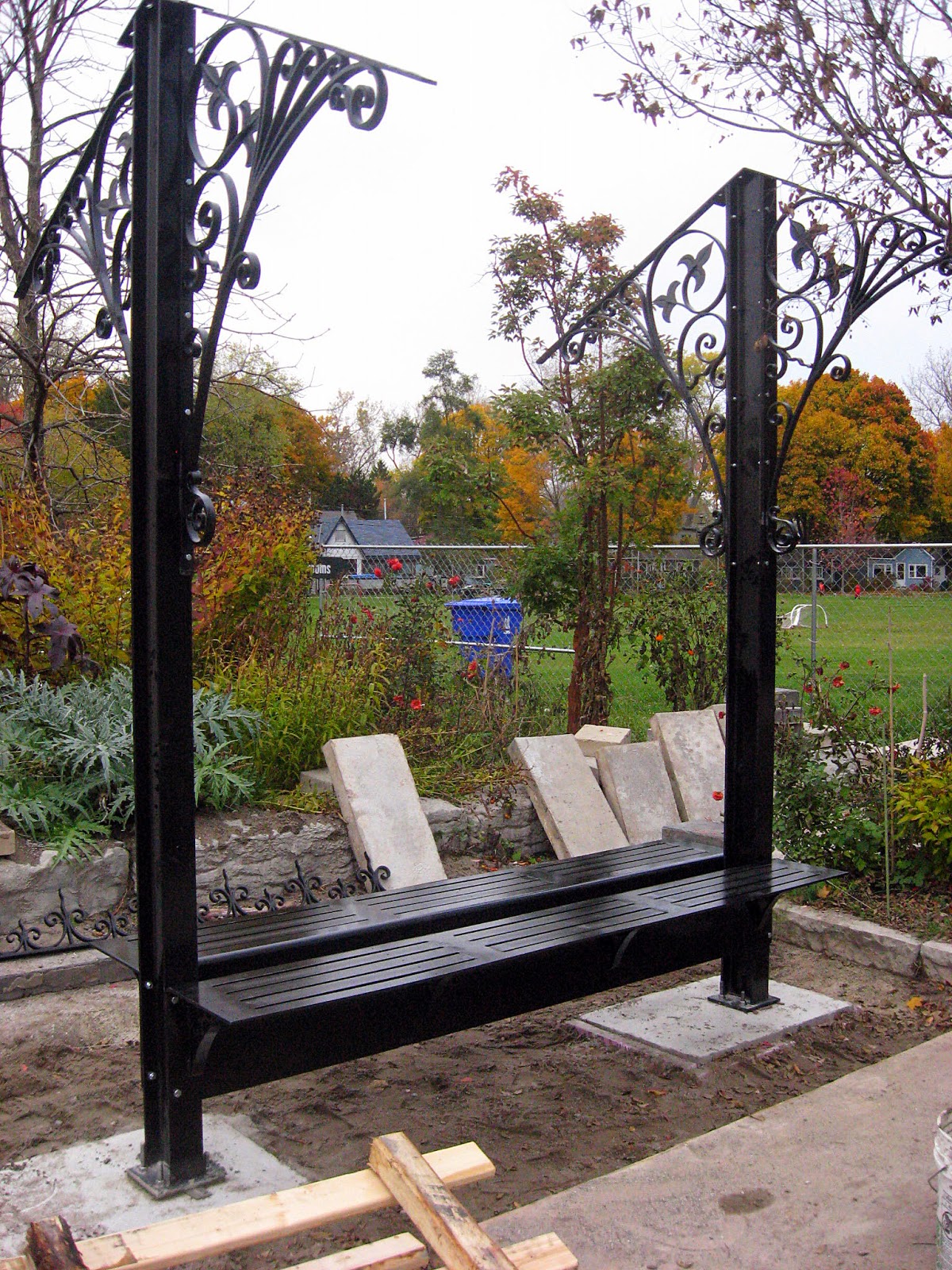 One of the benches
No comments: Links to this post

Landing Stage foundations are in!

The holes have been dug for the foundations and the concrete poured. They are now curing, in preparation for the installation of the restored Landing Stage at the end of next week. In case you missed it, here are a few photos.

The garden is looking fabulous, thanks to Grahame Beakhust.